Quick Intro – Who Was John Muir

You probably know that John Muir had some great thoughts on life. If you want to jump straight to some of his best quotes, just skip down to the next section. But if you want a 30 second background on one of the greatest outdoor activists, here’s some stuff you should know about ole John Muir. John Muir was known as the Father of the National Parks. So if you’ve been to one and enjoyed it, this man was the original. Muir was born in Scotland in 1838. He was so influential in his outdoor preservation that there’s a 211 mile trail in the Sierra Nevada named after him.

John Muir got his start in the outdoors when he moved to San Francisco and took his first trip to Yosemite. He instantly fell in love with it and ended up building a little cabin located on Yosemite Creek. His cabin actually had part of the stream routed through the house so he could listen to the sound of the running water. Still sounds like a pretty good idea to me.

Muir went on to come up with the theory that the glaciers had sculpted the mountainous features of Yosemite Valley. At the time this was a controversial idea. The prevailing theory is that the mountains were formed by earthquakes but Muir’s ideas made more sense and now is widely accepted

In 1892, along with a professor from U.C. Berkeley, Muir helped form the Sierra Club that still exists today. The Sierra Club has been a nature advocate on many issues in the past.

John Muir was a big fan of the Native Americans he came across. Initially he thought they were lazy and superstitious, but later he came to appreciate their respect for the land and their low impact lifestyle. Muir was later given the name “Ancoutahan” which means “adopted chief”.

Over the course of his life, John Muir published 6 volumes of writing describing his adventures in the wild. This is where his quotes come from and they’re spread far and wide today due to their great insight on life. Enjoy. 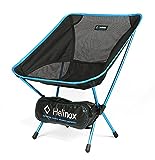